Dancing salsa with the Devil!

CeeBee
9 min read
6495 views
No Comments on Dancing salsa with the Devil!

I was dancing with the devil, Out of control
Almost made it to heaven, It was closer than you know ..
Words from a Demi Lovato song about her trauma with addiction ..

Dancing with the Devil – also means to knowingly engage in risky, reckless, or potentially immoral behavior .. pretty much the way I live, one would say. But sometimes those encounters can hit you hard and wipe you out (literally)

But I’m getting ahead of myself and the devil is in the details ..

Cartagena, Colombia – 0200hrs May 18th 2022 Its been another great night in Colombia. Have just gotten back from a heady night at Cafe Havana (infectious latino big band .. where everyone and their grandmother dances better than fancy instructors seen in this half of the world). Its still too early to sleep, so I join a Dutch boy I met earlier on in the eve for a beer on the street corner. Buskers are singing, police are patrolling, party goers are staggering, women are propositioning (prostitution is legal in Colombia and honestly it’s difficult to tell one from another). All in all just another beauty night in Colombia. We’ve been here now a week. Before we got here the only thing we heard was ‘be careful’. but today is day 7, have been in the busiest markets, have partied on chivas (party buses) and in the sleaziest of neighbourhoods, and really it’s been nothing but beautiful country with bootyfull women!

2 women engage in a conversation. Say they are sisters and come down from Medellin for a couple of days. The prettier one speaks no English. I can’t stop gushing about how this is the best country I’ve been to, how Im gonna be back soon and stay for at least a month and learn Spanish and salsa. The other sister translates.  She says you still have a day here. We must take you and your friends dancing tomorrow. I say my friends are headed back to NYC .. but I’m staying back a day. They take my number and say they’ll msg me in the morn. I have another beer, and join the boys back at the hostel

Hostel Badilo, 1400hrs May 19th 2022 AB is leaving for NYC . I would’ve been on that flight too, but found a cheaper flight the following day. The downside of being such a last minute traveller, I guess. Not that I was complaining spending an extra night in Colombia, which by now, I don’t wanna leave. The sisters had messaged with selfies from the beach asking what the plan was. I said let’s meet and get a beer at the hostel and then we’ll make a plan. I send them a location. My room opens out into a largish balcony terrace and the receptionist’s desk is just outside my door,  I tell him some friends are coming over.  Music is playing off my phone attached to a charger – reggaeton of course! The sisters get there – tank tops, tights. It’s a super hot afternoon. I get some beers from my room. They say we’ve got you teach you to dance salsa and reggaeton .. whilst salsa is sensual, reggaeton leaves nothing to imagination. I think I’m dreaming ..

Hostel Badilo, 2330hrs May 19th 2022 10 hours later I wake up.. barely. Groggy disoriented. I look for my phone. It’s nowhere to be found. I figured I’ve been F’d by two women. I go out and I dial the one number that came to me, from the receptionist’s phone and I mumble something incoherently  “ive been wiped out’ or some such. Shonali makes no sense of it, thinks I’m drunk or in an accident or in jail .. (I have NO recollection of any of this) I pass out for another 8 hrs.

Hostel Badilo, 0900hrs May 20th 2022 The hostel phone has been unreachable all night (all day in India). I am still blissfully passed out. Shonali has blocked all cards and changed email pwds. The find my iPhone has been turned off so that’s not traceable (of course they have access to me and my fingerprint). I’ve by now figured in my drugged state that they’ve taken everything – MacBook, phone, hdds, gimbals, cameras, mixer, mics, music, forex, cards, everything .. all that was left was a few dirty clothes, my Passport and Aadhar card (clearly it’s of no use to man or beast). People have been saying thank God they didn’t take your passport. It was very thought through. They got what they wanted. So now that leaves me, in country with nobody known, no money, no cards and no phone. Its a good thing I’m still so heavily sedated .. I might’ve freaked the F out .. (I still have no recollection of any of this)
Inserting a piece of the story that fits with this timeline .. when I got back to India (is when I connected back to insta and WhatsApp) I saw a photo of myself of that morning that was sent to me by an unknown girl. These are screenshots of chat that I had with that girl a few days ago. I still spend most of my nights trying to put pieces of this story together. This answered a few of those questions. 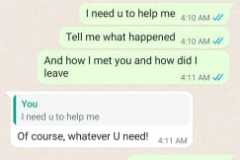 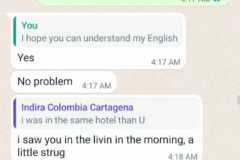 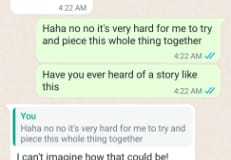 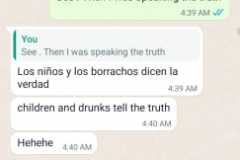 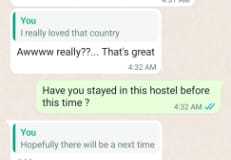 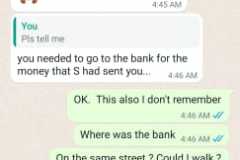 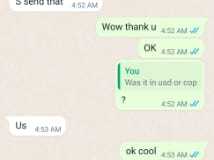 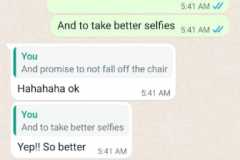 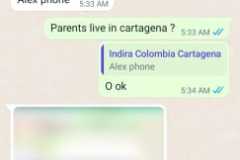 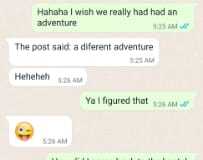 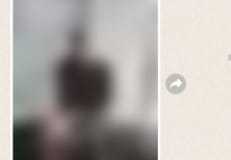 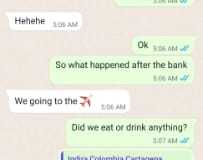 Hostel Badilo, 1630hrs May 20th 2022 I have been taken to the bank, withdrawn money, taken to the airport in a wheelchair (that I’ve fallen off twice), not allowed to board my flight, had the flight changed to the next day, come back to the hostel and extended my stay for another night. Alex (an Irishman AB knew I hung out with the previous day) has been contacted and comes to see me with some cops. In my incoherent state and garbled msgs I have told Shonali to contact Raghava, cos a day before this happened he had shouted at me for not telling him I was going to Cartagena and I’ve passed out for another 15 hrs straight (I still have no recollection of any of this)

Hostel Badilo, 0900hrs May 21th 2022 While I was dead to the world (literally) Raga got some wheels moving. Called a friend who called another friend who came and saw me at midnight and took photos of me passed out .. She came back the next morning and took me for coffee and breakfast. Its now close to 48 hrs now (I can’t remember having eaten or drunk anything) and I’m feeling a lot less woozy, but even now there are just vague bits and pieces of this morning that I remember .. Dani was really wonderful.. gave me some money before she left, with Shonali has put together and filed an FIR in Spanish. I assure her that I’m cool enough to get to the airport alone and we part ways. Travelling from one country to another without credit cards or a phone (must insert here that Google maps and Google translate are the greatest gifts to mankind) is quite a trip (literally I meant. figuratively I was on the trip of my life).

Hyatt Place, New York, 0200 hrs May 22nd 2022 Reunited with AB after 60 hrs, and absolutely oblivious as to how I got here. I would like to say my mother’s prayers (but she’s not heard of this story yet, so maybe best to keep it that way). Have made it in a taxi to Cartagena airport, the flights been delayed by couple of hours (I pass out at the airport), it’s a long flight to New York (I sleep right through), and I’ve taken the subway to Manhattan, all on instinct (or if you are that ways inclined, divine providence)

Dheeraj Manor, Bangalore 0300 hrs 12th June 2022 – The reason I write this is that this can happen to anyone. It’s been over 3 weeks now and I’m still dealing with the trauma. The fact that I have no recollection whatsoever, and being the control freak that I am, is what keeps me awake at night. I can do a thesis now on Scopolamine and Devil’s breath and why its considered to be the deadliest drug in the world . If you have the stomach, watch this VICE documentary on the world’s scariest drug .. but be warned, it’s not for the faint of heart. It robs u of judgement, free will and short term memory (for everything else, they don’t even leave you your Mastercard)

Since some say I should be thankful I’m alive and that I got away relatively unscathed .. here goes! I’m not gonna call out names here, but there were those that sent me money, put me up and took me out in NYC, helped me piece back my electronics, got me biz class ticket back to Bombay, followed up with the cops (it’s still ongoing, and tbh I’ll be on the next flight there if any of it is found.. I just need any excuse), helped me with meditation and breathwork and kept me company whilst I dealt and still deal with the double whammy of jetlag and PTSD. The reason I write this is cos I finally want to give the devil his due and say get behind me satan. It’s still a long way to go, but I’m on that highway from hell.

They say he who sups with the devil should have a long spoon. Clearly it wasn’t reggaeton they were referring to!